Drone are some of the coolest and most sophisticated toys of the twenty-first century. Professionals have found ways of utilizing drones to achieve some feats that were previously cumbersome. On the other hand, fun-seekers find comfort in using drones for recreational purposes and have found the experience very rewarding. However, irrespective of the purpose for which you intend to use your drone, there are some basic facts about drones that you need to be aware of before you decide which drone to buy. Below is a filtered list of different types of drones.

Types of Drones Based on Size

These drones are usually very small in size and are designed to fit into very small spaces. They could be as small as an insect and only a few centimeters in length and breadth. Most of these drones are usually used by spies to gather intelligence on people and things because of their inability to be detected. Their wings are designed in such a way that they can fit into very narrow spaces.

These drones are also small but they are not as small as the Nano drones. Normally, these can be easily lifted using your arms and thrown into the air and left to glide away on their own. The size usually does not exceed two meters in length and the wings are fixed.

Medium drones are a lot bigger than the small drones but a little smaller than small light aircrafts. They weigh up to 200 kilograms and may need the support of two people to be lifted into the air after which they glide away on their own.

The large drones are usually large and can match the size of small aircraft. They are mainly used by the military to conduct specialized high-powered surveillance in war zones and are also used as substitutes for manned aircraft. Usually, the military attached powerful cameras on these drones that can capture images from very high up in the sky.

They are mainly used for intelligence gathering and surveillance. Some of them are used for recreational purposes as toys.

Types of Drones Based on Aerial Platform 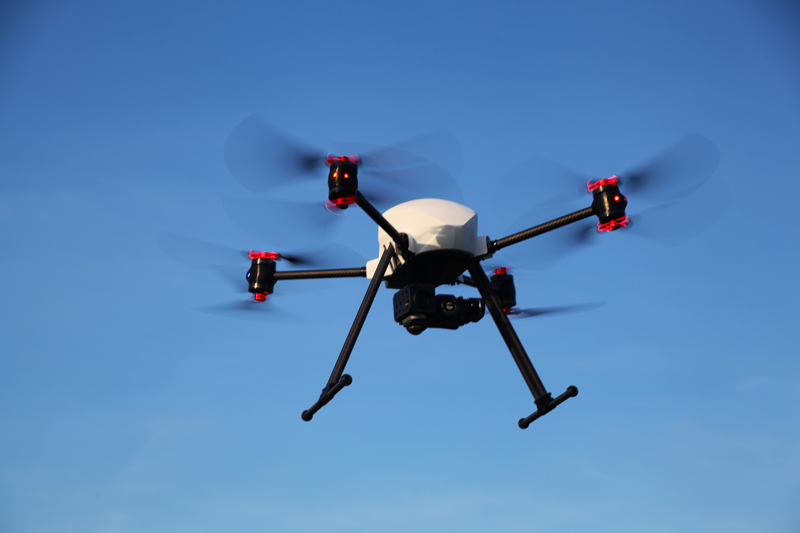 Multi rotor drones are usually very stable and are known to maintain a stationary position in the air for a long time. They are designed with several motors that help them stay airborne and keep stability. For this reason, they are mainly used for aerial surveillance and photography. 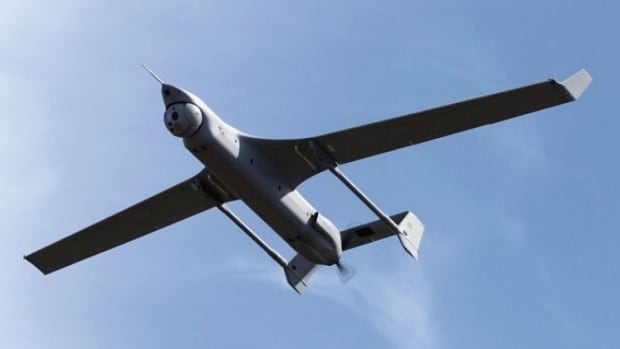 The fixed wing drones are designed to resemble airplanes and for this reason, they cannot maintain a stationary position while in the air. They are always in constant motion on their set flight path as long as the power can sustain them.

Most of these are used for special purposes such as photography, surveillance and meteorology.

Types of Drones Based on Range These are drones that are used especially for recreational purposes. They can fly up to a range of 5 kilometer radius and can sustain flight for up to an hour.

These drones are known to sustain flight for up to 6 hours. They can be flown up to 50 kilometers away from the controller and are mainly used by the military for quick surveillance purposes.

Short range drones are drones that can be flown up to 150 kilometers away from the user. They have very powerful batteries that can sustain their flight for up to 12 hours in the air. Most militaries use these types of drones for surveillance and spying purposes.

Mid-range drones are technically and functionally more superior to these other drones. They are known to be very powerful and fitted with very powerful equipment. They have very powerful batteries that can sustain the drone’s flight for days. The range of flight is estimated to be up to 650 kilometers away from the controller. While their usage is mainly military surveillance and spying, they are also used by professionals in tracking weather patterns, geology and geo-mapping.

The usage for these drones is varied and some of them are used for recreational purposes while others are special purpose used in military operations.

Types of Drones Based on Abilities

The quadcopters are designed with 4 rotors that are arranged in a square pattern and are the most common types of drone in the market. The drones are mainly used for recreational purposes but other people often use it for professional and official purposes. 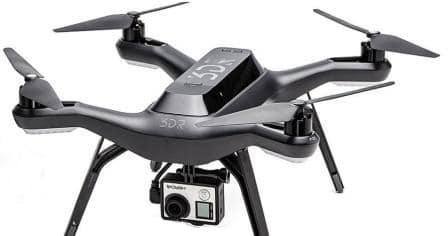 These drones are ‘smart’ in some way. They are linked to satellites via GPS and this helps them to decide their flight path. They move from place to place and when they run out of power, they will navigate back to the owner via GPS. These are known as Ready-to-fly drones. They are almost a plug-n-play kind of drones. All you need to do is buy the drone from a manufacturer, unbox it when it is fully assembled, charge it for power and the drone is ready to fly. This is usually best used by beginners who are just learning drones. 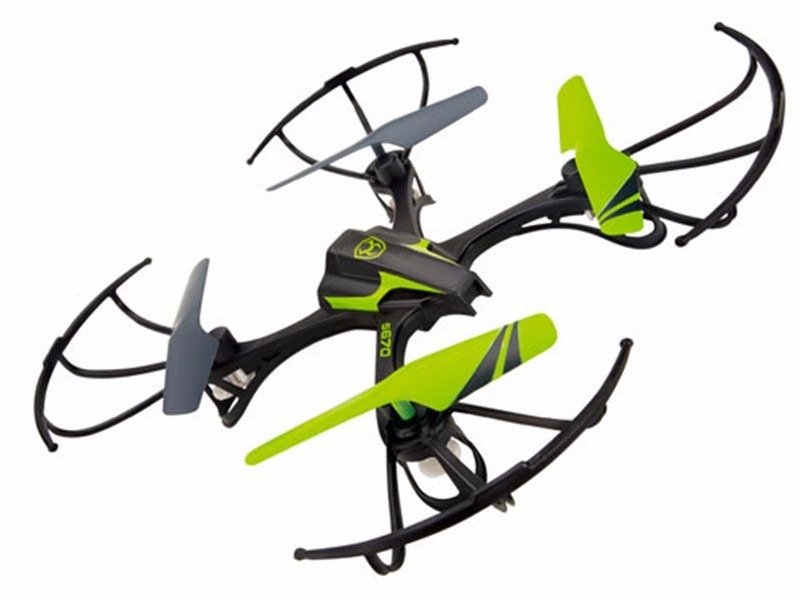 Trick drones are usually small in size and have no particular professional usage. They are mainly used for recreational purposes and can perform a number of stunts including flips and rolls. They are light in weight and have no add-ons that would increase their weight.

Helicopter drones are designed with a single rotor that helps them stay in the air in a fixed position for a long time. They resemble helicopters and this explains why they are called helicopter drones. 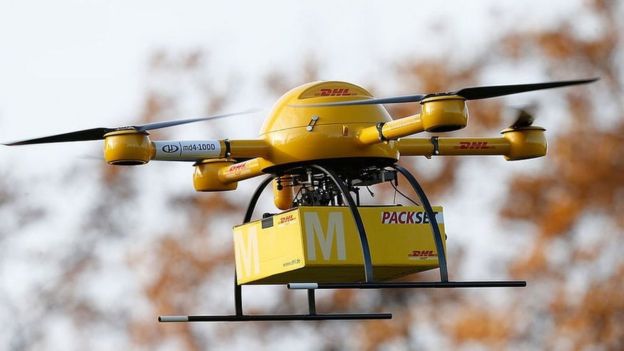 Just as the name suggests, these drones are mainly used by companies to deliver goods to clients or to ship goods from the warehouse to the company. Their design is customized with a special ‘basket’ attached to provide a carriage space for the goods. The current delivery drones are small in size and are limited in the size of goods that they can carry but this is set to change when bigger drones are introduced.

Photography drones are mainly used for capturing videos and images from Above Ground Level. They are designed with special powerful cameras and video cameras that can withstand weather conditions and cannot be damaged by the atmospheric conditions. These cameras capture high quality images and videos for use by professionals. 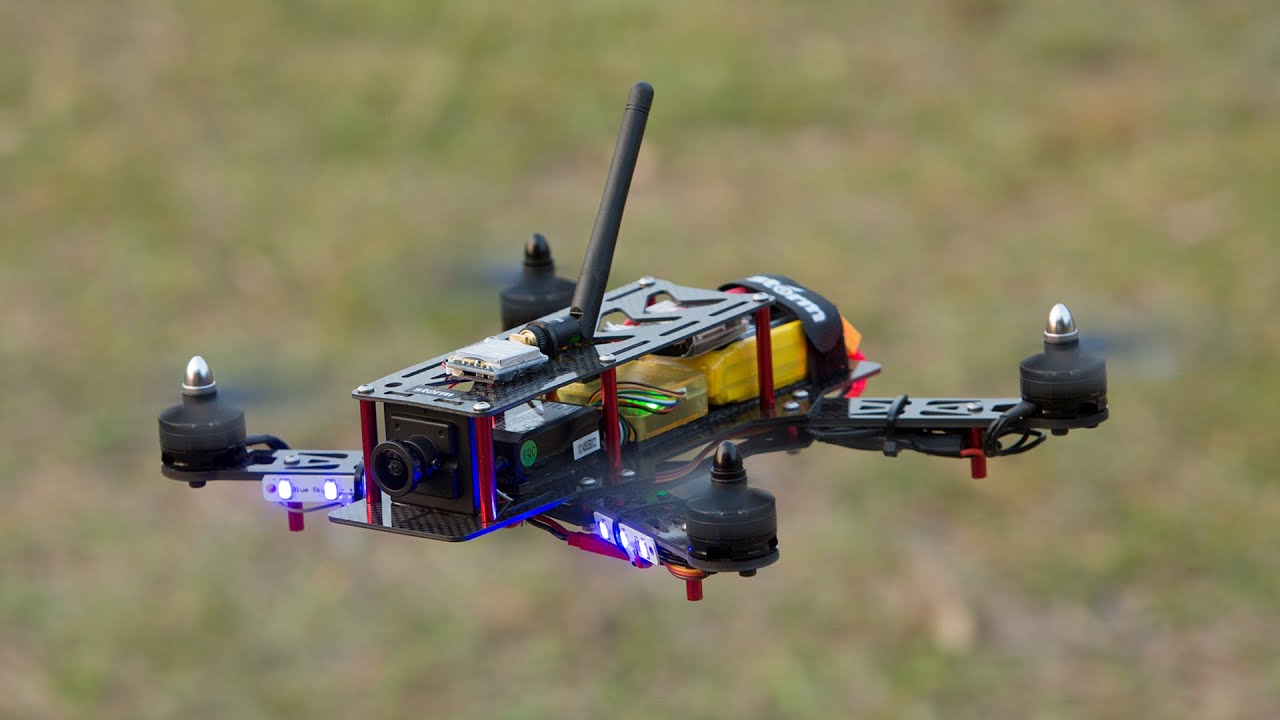 Racing drones, as suggested by their names, are mainly used for racing. They are designed with a streamlined structure that reduces wind resistance and can travel up to speeds of 60 miles per hour. Their usage is mainly limited to racing and other related recreational purposes. These are drones that are known to fly for long hours and can endure different weather conditions. They can fly to heights of up to 30,000ft and can stay airborne for days. They are mainly used for military surveillance and reconnaissance exercises.

These drones have different usages depending on the different abilities of the drones. For instance, racing drones are used for racing because of their designs and capabilities.

Types of Drones Based on Cost

These are drones that are cost-effective and do not cost more than $100. They are mostly toys used for recreational purposes such as racing and all. They are not equipped with any special equipment and have no room for any add-ons.

These are drones that are used for both recreational and special professional purposes. They are slightly bigger in size and have more accessories on them. They can be used for special purposes such as intelligence gathering and aerial mapping.

These are mainly used by the military for special military operations. They may be used by companies also or organizations doing geo-mapping but must be acquired for special purposes.

While the cost of drones does not directly determine the usage of the drone, cheaper drones are generally toy drones used for fun and recreation. More expensive drones are generally used for special purpose assignments that require high specialization such military surveillance, spying, reconnaissance and so on.